Is buying your dress about the money or the feeling? 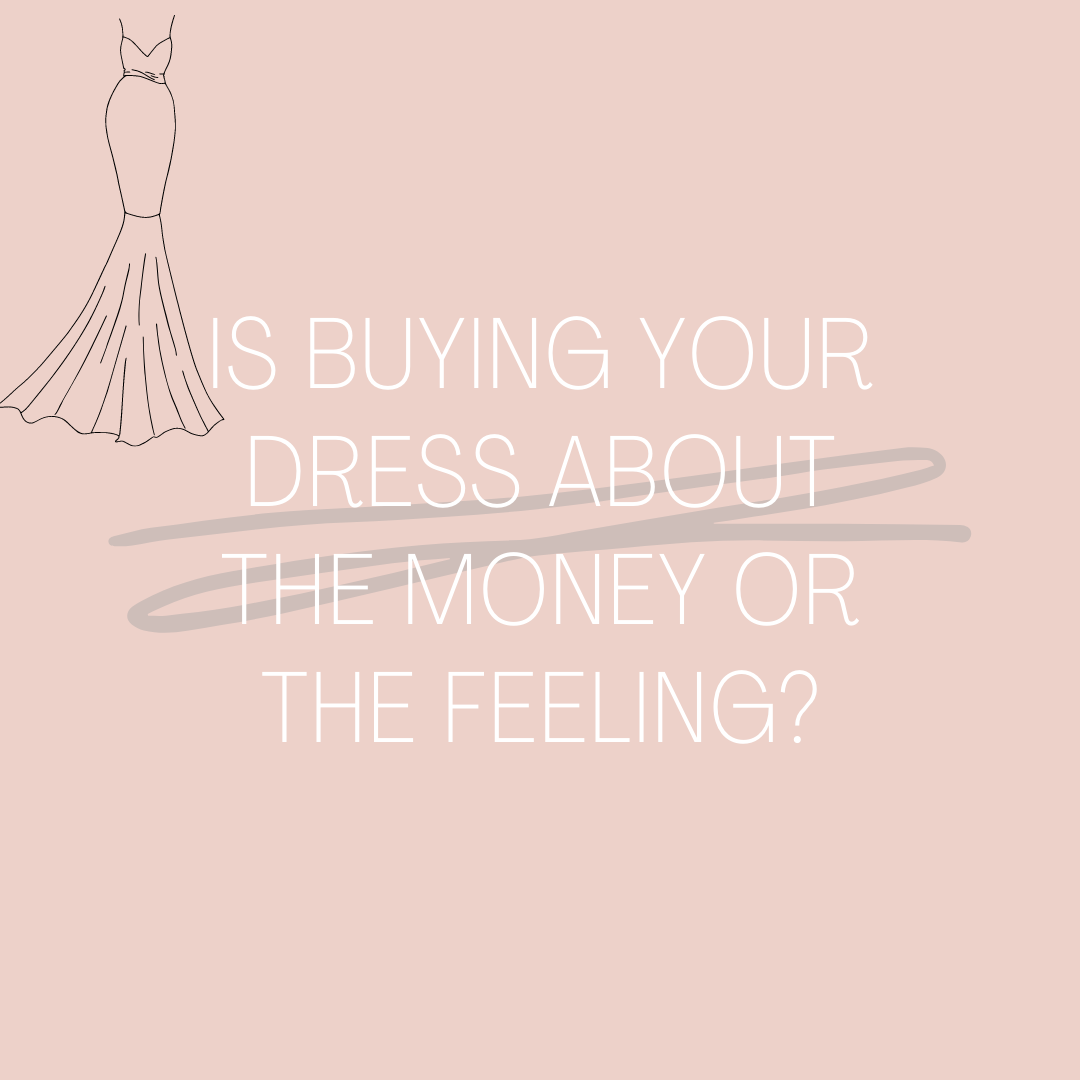 Often, we see brides making decisions with their money in mind as apposed to the feeling the dress gave them. Now... don't get us wrong, we get it! Wedding dresses are expensive and we will never disregard our brides feelings when it comes to spending money or how much they want to invest. HOWEVER, to put a different spin on it... WHY is it that we feel some type of way or guilty about spending money on something that is going to bring us SO much joy and happiness on one of the most important days of our lives?! YOU don't want to deprive yourself of making a spectacular purchase that is not based on logic!

Now to put this in to context... we have had brides in store that have got down to their favorite two gowns and despite preferring one of them more than the other, have based their decision on what costs less, not what makes them feel more beautiful. They have later come in to store regretting their decision as they don't feel the connection with the dress they ended up going with and end up spending more money trying to correct it. On the flip side to this, we have had brides come in without a budget in mind and have ended up finding their dress that ticks all her boxes but for a price she thought was low! The point is... It's not all about the money. The dress you end up walking down the aisle in has to make you feel the best you have EVER felt. Now, obviously this doesn't mean putting yourself in stupid debt or going way above your budget... it just means that when it comes to buying the most important article of clothing you will EVER wear, don't deprive yourself of something nothing less than incredible.

Give your inbox a little bit of Lovella

Website uses cookies to give you personalized shopping and marketing experiences. By continuing to use our site, you agree to our use of cookies. Learn more here.